Erik Krieger and Bob Hole founded HKZ Private Capital in 1999. As operating professionals with strategic finance, business strategy, and acquisition growth backgrounds, they saw an opportunity to leverage their operating experience to manage and grow a small company. The opportunity came through the purchase of CleanPak International Inc. They realized their operating experience combined with their past transactional experience and investment track record provided a truly unique prospective on investing in companies and creatively structuring transactions that would be advantageous to the newly founded HKZ.

Since the acquisition of CleanPak, HKZ has grown into a diversified investment vehicle with unique characteristics not traditionally found with other investors. As HKZ grew, the need for more administration was required. Accordingly, Erik and Bob brought on their longtime friend and associate Tom Zupan. Not only did Tom’s skill set help provide more bandwidth to explore transactions, but his relationship with Bob and Erik helped continue the trust and stability they had already established at HKZ.

With over nine decades of experience, HKZ Private Capital's patient capital, management-centric approach, growth focus, collaboration and stewardship provide a solid base to build long-term vitality of a company. HKZ partners with management teams in seeking to build equity value through accelerating growth - both organically and through acquisition -, improving operating efficiencies, enhancing cash flow, and positioning for attractive exit alternatives. 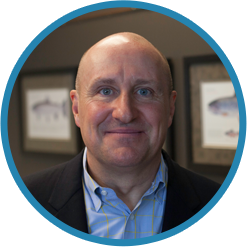 Erik is the Founder and Managing Partner of HKZ Private Capital.

2003-2005 – CEO of CleanPak International, Inc., the world’s leading designer and manufacturer of air handling equipment for ultra clean room environments primarily for use in semi-conductor and pharmaceutical manufacturing.
1989 to 2002 – Co-founder of Pacific Crest Securities, the Pacific Northwest’s largest independent financial services organizations. Served as CEO and Chairman from 1996 to 2002.
1986 to 1989 – Investment banker at PaineWebber in New York and PaineWebber’s Merger & Acquisitions Group in Chicago.
1982 to 1983 – Security Pacific Bank.

Erik has been an active private equity investor since 1989. In addition to Pacific Crest, Erik played an active role in guiding a number of companies as a director and an investor, including Wholesome and Hearty Foods, Applied Research, Morrow Snowboard Corporation, and CleanPak International, Inc. Erik is currently Chairman of JEB, Inc., is on the board of directors of Bastion Security, Guerdon Modular Buildings, and Omega Morgan.

Erik is married with three children and enjoys golf, tennis, and fly fishing in his free time.

Mr. Krieger can be reached at: erik@hkzprivatecapital.com 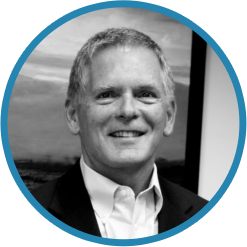 Tom is the Chief Financial Officer of HKZ Private Capital.

1996-2006 – Finance Consultant including providing CFO services to small businesses including a law firm, a manufacturing company and a real estate development group. He also provided consultant services for a budget and reporting software system to several financial companies including The Carlyle Group.

1982 to 1996 – Consolidated Freightways, Inc, a large trucking and transportation services organization. Served in several positions increasing in responsibility in the accounting and administrative areas.

Tom has a considerable background in the accounting and administrative aspects of businesses in investment related services and the manufacturing industry.

Tom received his M.B.A. from the University of Portland’s Dr. Robert B. Pamplin School of Business Administration and a B.S. in business administration from Oregon State University.

Tom is married with two children and enjoys golf and skiing.

Mr. Zupan can be reached at: tom@hkzprivatecapital.com 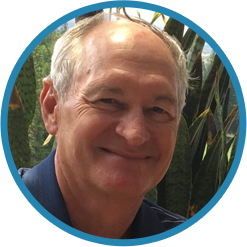 Bob is a founder and Managing Partner of HKZ Private Capital.

Mr. Hole purchased Haakon Industries Ltd. in 1982. Haakon is recognized as one of North America’s leading industrial, institutional and high-end commercial custom air handling and air conditioning designer and manufacturers. Since purchasing Haakon, Mr. Hole transformed a money losing business to include four manufacturing plants located in the US and Canada with integrated custom engineering and proprietary software production systems capabilities. The company has received a Canadian Award for business excellence in the entrepreneurial category and was selected as a B.C. finalist for the Top Fifty Best Managed Private Companies in Canada.

Prior to acquiring and leading Haakon, Mr. Hole worked as a negotiator/estimator for a large Canadian Mechanical Contractor.

Bob has years of experience developing and executing organic and acquisition growth strategies.

Bob graduated with honors from the University of B.C. receiving a degree in business. He achieved a Chartered Accountancy after completing his articles with KPMG.

Bob is married with four children and enjoys skiing and cycling.

Mr. Hole can be reached at: bob@hkzprivatecapital.com